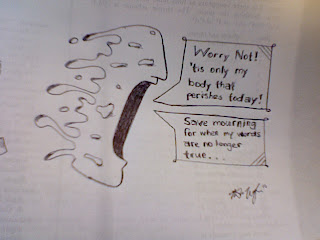 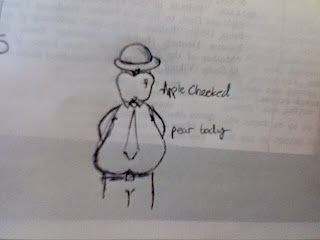 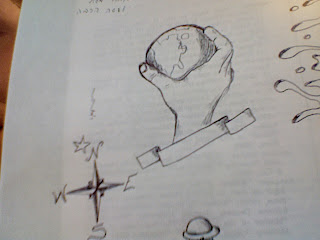 Posted by nwolfson at 3:26 PM No comments:

I'm not very adventurous when it comes to food. Since I was a kid i've always liked the same foods, same meal combinations and same beverages. A change in diet is always a surprising and demanding endeavor. To this day, my mom still is surprised if I ever eat mushrooms or anything green. It's understandable though when looking at my dietary habits. Here are some examples of my steadfast habits and "usuals" at eateries I frequent.

Let's start at the most basic. School lunches.

But what about eating out. Here's a breakdown of restaurants.

And finally. The end all be all of habitual eating. I have quite literally never eaten anything other than the following item at the following establishment.

Out To Lunch Deli in Wilton, CT: Bacon, Egg, and Cheese with the chronic (hashbrowns and hot sauce) on a hard roll.

-------
Comfort food plays a big roll in my life. As a kid I always had the same foods on a bad day. My mom would make a cheesy, saucy pasta for birthdays. We'd make pancakes or real waffles on special occasions, and the Jewish tradition requires many familiar foods on specific holidays.

I believe that, because of these factors, i feel better with foods I have had many times before. A stressful schedule remedied by familiar nourishment.
Posted by nwolfson at 6:29 PM 1 comment:

Why I Love Hockey

Above is a fight between Milan Lucic and Chris Neil. The NHL administration is making attempts to bar fighting from the game altogether. Hockey is one of the only sports left where honor is an inherent part of the game. Fighting doesn't occur randomly for our entertainment. It is a response to unfair hits, extremely unsportsmanlike content, or general foul play. A cheap shot at a team captain or star player will lead to retaliations and fights.

If soccer was more like hockey, every team would play like Germany, Christiano Ronaldo would have a fat lip, and Zidane would have been a hero ad France would have won that World Cup.
Posted by nwolfson at 6:43 PM 1 comment:

A Scene In 6 Lines

I'm taking a playwriting class this semester to work on my writing. I've enjoyed creative writing for years and always look at situations from a slightly dramatic perspective. How would everyday interactions look on stage? I feel that organic theatre should just be life with better lighting and better jokes/responses.

Here's a scene I wrote relying on the lack of context. What elements can turn a nostalgic scene tragic?

Leaving: a scene in 6 lines
Setting: foyer/entry room of house or apartment. Window and door.
John: stoic and calm with a twinge of annoyance
Becca: Flustered. Doing her best to linger.

John: Have you packed your bags? The car will be here any minute

Becca: I think so. I just have to check the kitchen. There are so many drawers and cabinets there, I’m sure I forgot something.

John: All right. Did you check under the bed? We want to make sure everything’s packed.

Becca: Yea, I’m pretty sure I have everything. (pause) I’m really going to miss this place.

Becca: (long pause, starts to cry) John, I’m sorry. If you ever change your mind about this, please call me. (notices John’s stone face). Ok… bye John.
Posted by nwolfson at 11:00 PM No comments:

Collegehumor recently created a spoof of the 9/11 tragedy by relating it to the destruction of the Death Star at the end of Star Ward IV: A New Hope.

Some comparisons made (spoiler):

-Luke is Osama, hiding in a cave in the Degoba system.


This, of course, caused mixed feelings in the comment section of the page. A barrage of "too soon" and "I don't know how to feel about this" style comments started piling up. This was to be expected as many people believe any tragedy is off limits to parody lest someone's feelings be hurt. (but more on this later)

While, yes, I agree that some jokes are in poor taste (I'm looking at you 4chan), this was not a video making fun of the World Trade Center attacks. This was a video making fun of the monotonous conversations that happened ever 9/11 from 2002-present. Where were you when it happened? Did you know anyone? Who do you think is responsible? Some viewers took note of this style, accepted it as a clever parody, and enjoyed what bit of humor we can pull out of this tragedy. Others chose to take the offensive towards the offended. I was upset to find people using the phrase "Get Over It." Like many tragedies before it, 9/11 cannot be forgotten. It was a horribly dark time in our nations past where we never knew when we were safe. The time following the attacks did, however, bring a great brotherhood to our nation (outward racism aside). The Red Cross saw record blood donations and New Yorkers, DC residents, and the nation as a whole banded together, feeling even more pride than thought possible. America cannot simply get over these feelings

We can, however, find ways to get by. On September 11, 2001 I was in the 8th grade in Wilton, CT, a small town about 1 hour out of the city. We were all terrified. Friends were frantically calling parents who worked in the financial district, students were crying, teachers were crying, and our principal could barely get out the words describing what had happened.

When I got home, I watched every channel follow coverage of what had happened. I sat and watched the same 5 clips of one testament of man's technological triumph destroy another. Two days later, I could not take any more. I needed release. I needed something to make me feel something other and confusion, pain, and fear. So I turned to Nickelodeon. Rocket Power, my favorite cartoon at the time, was playing. Despite the events transpiring less than 70 miles from my home, I was able to smile, and I was able to realize that there would be life after these events. We, as a nation would not stay in a dark age of stoicism as emotions such as joy and happiness passed us by.

It is no surprise to anyone that knows me that I love nothing more than a strong piece of comedy. I have committed countless hours to listening to, memorizing, and re-telling bits, routines, and jokes that I have discovered. Events like 9/11 and the months that followed instilled in me the idea that one joke can change the world.

It was 9 days later, on September 20, 2001 that Jon Stewart, one of my heroes, returned to his post at the Daily Show. Before a desperate audience sat a man, beaten and broken by a horrible tragedy. But through his tears, he was able to make an audience laugh. Through his pain, he was able to instill hope that even when the sun sets, it will rise again in the morning.

This is his opening monologue that night.

"It's a country that allows open satire, and I know that sounds basic. And it sounds as though it goes without saying. But that's really what this whole situation is about. It's the difference between closed and open."

"This attacked happened. It is not a dream. But the aftermath, is a dream realized."

The idea of "too soon" cannot exist. We cannot let a tragedy live only as that. We have comedy to help us get by. We have comedy to help get past the harsh memories of our past by finding bright sides and silver linings. If you can't find humor in tragedy then it becomes impossible to bear. We have to enjoy what pieces of that dark time we can. We take the darkness of pain and despair, and find touches of color so it's not so painful to look back on. Even if we can't get over it, we can still get by.

Posted by nwolfson at 7:24 PM No comments:

Brett Favre in his hay day vs. Brett Farve in 2009 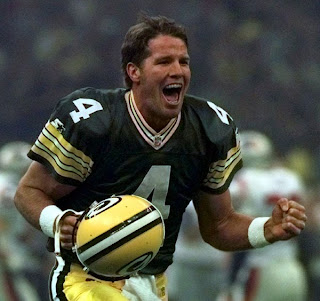 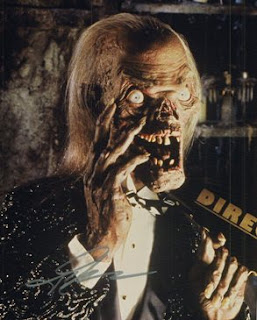 I've loved watching Brett Favre ever since I was a little kid. He's the type of player that always played to win and was in it for the love of the game. He played a game the day after his father died and had one of the best games of his career and has earned the love and respect of every football fan in Wisconsin.

That being said, he needs to stop. The man with the most Touchdowns (and interceptions) of any QB in history just announced that he may be returning to the NFL this upcoming season despite his announcement at the beginning of the off-season assuring the NFL that the silver fox would not be returning.

There's something to be said about the resilience of older professional athletes. It's great to see a man in his late 30s and early 40s playing with the younger kids. Football is not one of the sports where this makes sense though. The average shelf life for an NFL player is 3 years. Favre is hitting 18 years if he continues with the Minnesota Vikings this year. His last season was mediocre, and it appears as if he's trying to prove something to the younger players. If he's hurt, he refuses to sit out. If he's thrown 3 picks, he continues to play. I don't care how many people he puts in seats. If he's not winning games, is it worth wasting space under your salary cap for a mediocre older player? I say no. Hang up the Jersey Brett. I loved watching you in the past, but it's just becoming sad.
Posted by nwolfson at 4:12 PM No comments:

This is "Pixar's" first animation. It was created at the Lucasfilm animation headquarters, but Willam Reeves, John Lasseter, and a few other Pixar animators were on that team. Think of the video games, cartoons, and movies that were created in the 80's. This is the year that Miami Vice and Punky Brewster (reoccuring topic i guess) came out. The fact that this type of animation was even possible is unbelievable. Just imagine the computers they had to work with for this. The Apple IIe had JUST come out the year before.

These were the best video game graphics available then.
Posted by nwolfson at 8:54 PM No comments: 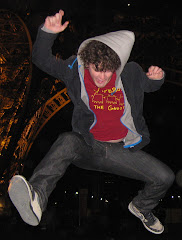